In the border area of Thailands ‘Golden Triangle’, a rugged region with many drugs smuggling and ethnic hill tribes, one man dedicates his life to the welfare of underprivileged children from the region. This Buddhist monk called Phra Khru Bah, once a successful Thai boxer, is one of the most controversial Buddhist monks in Thailand. He travels to all villages on horseback to distribute health care and education among villagers who do not receive any governmental support. This so-called ‘Tiger Monk’ has built an orphanage, school and hospital with his Golden Horse Temple – a safe haven for the orphans. The orphans see him simultaneously as a shaman, father figure and coach.

Beautiful film images and a fascinating story make this film a unique and moving portrait of life in the Golden Triangle. Buddha’s Lost Children gives new meaning to the term ‘practical’ Buddhism.

EMS Films is actively developing a Video-On-Demand portal on their website. When construction is finished you can view Buddha’s Lost Children online in HD quality. Other EMS FILMS titles, including The Wild City, Endless Consciousness and The New Wilderness, will also be on display here. Click on the button below to see if the Video Streaming section of EMS FILMS is active already. 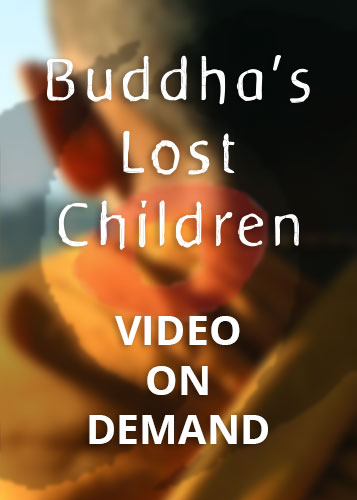 IN ASSOCIATION WITH THE NETHERLANDS FILM FUND AND CoBo FUND